Candlestick charting has been used by the Japanese for centuries.

It is now more popular than ever before since it adds a new dimension to trading and gives any trader an advantage.

A rice futures trader named Homma realized something so profound that it made Godzilla stop in his tracks a long time ago in Japan, before square watermelons were a thing. He noticed that the price of rice did not always rise and fall in direct proportion to supply and demand in the market. He also understood that the act of valuing rice entailed a lot of emotion.

‘Sentiment’ is the term for this concept. As a result, he came to the conclusion that a chart depicting prior price trends was insufficient to comprehend the mental process behind the commodity’s price movements. That’s why he devised a system that displays not only daily prices, but also the opening and closing prices, as well as daily highs and lows, all in one simple graph. ‘Japanese Candlesticks‘ (or simply ‘candlesticks’) are a form of financial graph chart.

This Japanese charting technique should be considered if you are serious about producing money.
Homma, a Japanese rice trader in the 1700s, discovered how the price of rice was determined not just by supply and demand, but also by the psychology of traders. He realised that when emotions entered the picture, the value and price of rice shifted dramatically.

This distinction between the value and price of any item applies to markets now as much as it did to rice centuries ago.

The resurgence of Japanese candlestick charting in recent years is largely due to Steve Nison’s writings, whose book “Japanese charting techniques” is widely regarded as the authoritative recent work on the subject.

Here we have discussed all the Japanese candlestick charting techniques

1) Give Market Reversal Warnings in Advance

Because of the way candlestick charts are produced, they can give significantly more timely indications of market reversals than regular bar charts, and they’re an excellent tool to spot overbought and oversold situations.

Of course, this can help with market timing and earnings.

2) They can be used in combination with other technical tools

Candlestick charts can be combined with a variety of other technical indicators, including as stochastic, moving averages, Bollinger bands, and so on, to act as an additional trade filter.

Candlestick charting is a regular option in many charting systems, including Supercharts, Tradestation, Incredible Charts, and many more, making it simple to include into your trading approach.

Candlestick charts can be used in combination with Fibonacci numbers, Dow Theory, or a breakout approach to add another dimension to your trading.

4) They’re Simple to Use for Everyone

They are simple to use for both novice and professional traders because they employ the same open, high, low, and close data as traditional bar charts.

5 Insight into Market Momentum that Isn’t Found Anywhere Else

The way the chart is drawn reveals not just the price direction, but also the market’s momentum.

See also  Top Rules which can save people from losing Money in the Stock Market?

This is simply because of the way the candlestick chart graphically depicts the relationship between the open, high, low, and close using the chart’s drawing.

A daily candlestick line, like a bar chart, shows the market’s open, high, low, and close for the day’s trade.
Candlestick charting, on the other hand, adds a new dimension to the way they’re drawn. The “true body” of the candlestick is a large part. The range between the open and close of that day’s trade is represented by this real body.

When the genuine body is black, it signifies the close was lower than the open.

The opposite is true if the real body is empty: the close was higher than the open. “Shadows” exist above and below the real body. These are the wicks of the candle, and the shadows show the high and low price, according to chartists.

If the upper shadow on the filled-in body is short, it means the open on that particular day was closer to the day’s high. A brief upper shadow on a white or full body, on the other hand, suggests that the close occurred near the high. 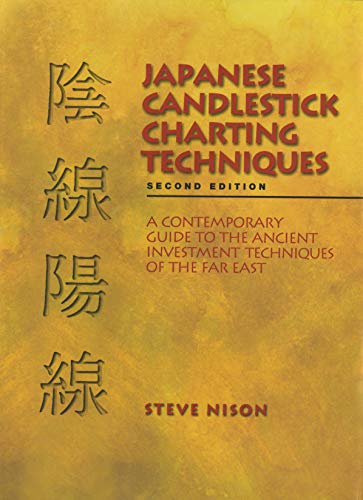